I never hit spring in Vermont. It's like the old joke - blink and you'll miss it. One day it's miserable. cold and raw, with bare trees and brown grass. Two weeks later, the trees have leafed out and it's summer. So I really had no idea what to expect last weekend. Just needed to get out of Boston, and Vermont was calling. I planned a route that would give me some variation, Woodstock to Rutland to Bennington, through the mountains and into the valleys, and threw in some nature preserves as well. My shotgun tactic worked - I can now say I have Vermont in spring.

The Old First Church in Bennington is best in spring. By summer, the maple leaves are heavy and overshadow the lovely architecture. But spring leaves are open and allow a view of the steeple. The adjoining cemetery has headstones from the 1700s, grim Puritan markers and more modern memorials, including poet Robert Frost's. 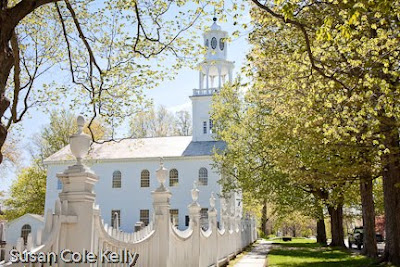 In the mountains, only birch and aspen were turning green, but the rivers were beautiful and there were wildflowers on the forest floor. And a nice surprise - my favorite road for red farms is lined with wildflowers of several kinds. Spent time talking with a farm wife who was cleaning up after sugaring season, and she had lots of pointers for shots along the road. 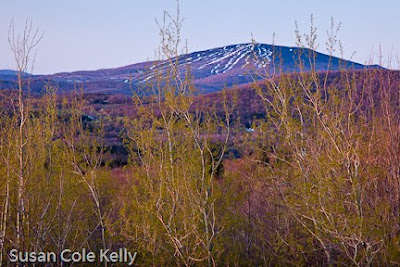 In Manchester village, the Hildene estate charges admission to the mansion, but welcomes visitors to the woodlands for free. Fiddleheads, Trillium, and even a Jack-in-the-Pulpit were waiting for me. A satisfactory trip, to say the least. 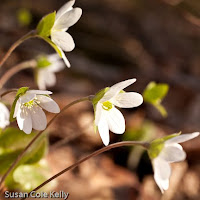 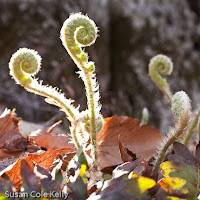 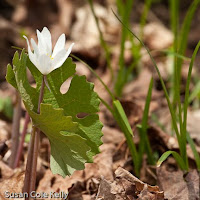 Posted by Unknown at 7:01 PM No comments: 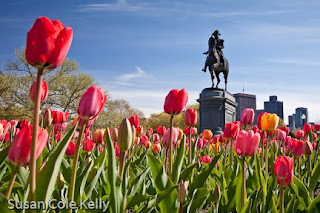 I've been going in to the city almost every day for a couple of weeks now. Spring is happening so fast that three days makes a substantial difference in what you see. This week, it's tulips and apple blossoms. I drove around Sunday but couldn't park, due to the crowds in town for the Boston Marathon. Monday I got this shot, and several like it. George Washington rising from the tulips. Went to NH on Tuesday and came back to Boston this morning, and saw pink crabapples and dogwoods. The cherries are past peak, making confetti on the lawn.

It all seem excessive, visiting the same place every day. It's just so lovely I can't resist. After this week, I probably won't see the Public Garden again until fall. How could it possibly be as good as spring?
Posted by Unknown at 11:21 AM 2 comments:

All this and the taxes are done! 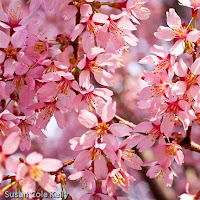 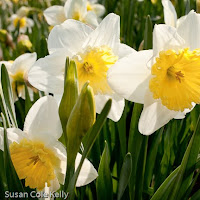 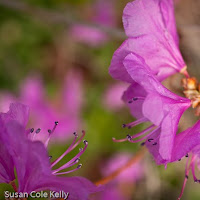 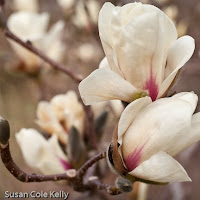 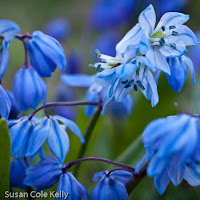 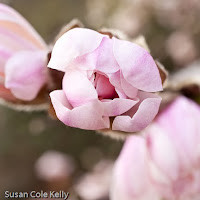 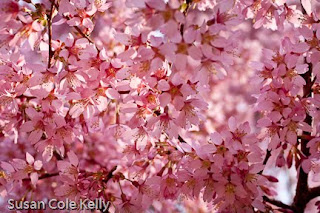 Spring is coming to Boston like a landslide! Flowers that usually are due on Patriots Day - April 19 - are opening now, on April 05, two weeks early. The daffodil fields in North Point and Paul Revere Parks are brilliant with white, yellow, and green. Back Bay saucer magnolia are within a couple of days of being peak. And, since the weather forecast is sunny and very warm, the cherries on the esplanade will be out next week. With every generality, there are exceptions. This cherry in the Public Garden is already as full as it gets. Spring is here, or coming in fast.
Posted by Unknown at 8:26 PM No comments:

I usually take pictures with a 24-105mm zoom lens, which gives me a comfortable distance from my subject. It's a head thing - I don't really like being too close. But, of course, it's much better to bring variety to a portfolio, so I try to remember to employ as many different perspectives as possible. Here are a couple of close (not macro) shots of Saguaro cactus, taken in sunrise light in Saguaro National Park in Tucson, AZ. 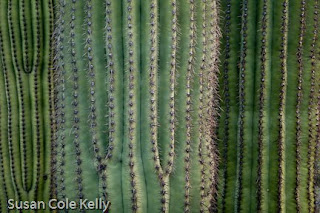 The first shot was taken on the shade side of the cactus. I got close enough so I saw three saguaros with no space between them. The texture and patterns were so interesting, I almost forgot how prickly the things are! Love the bluish light and the way the furrows in each cactus are similar but different. 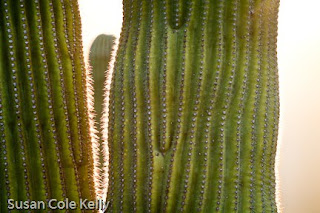 The second shot was taken a bit further away. The lens was pointed directly toward the sun, using the Saguaro to block the glare. This produced rim-lighting, where the spines of the cactus were sunlit and the body of the cactus was in shadow. To use this technique successfully, I bracketed +2/3 and +4/3 ev. The background is all blown out, isolating the cactus against a rosy glow.

I can't decide which image I like better, but I do like the variety I got by trying to think a little differently.